Retrobit Knocks It Out Of The Park Again 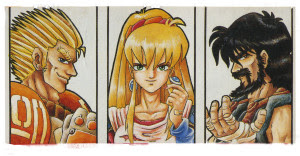 Retrobit continues their strong run of retro reissues with Undercover Cops, the Super Famicom port of Irem's 1992 Japanese exclusive arcade Beat Em Up. I was lucky enough to get my hands on a collector's edition of the title and wanted to show it to the world as I opened it. 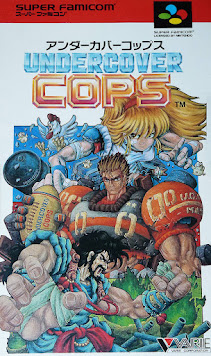 Posted by Justin LaGrande at 6:41 PM No comments:

Take Care Of Your People

The following is a short video I made while thinking about how many people I know uses video games as an escape. For many, life can feel like a trap. They may use video games as a way to avoid what they're going through. Check on those in your life. They may be going through a quiet crisis that they can't speak of with anyone. You never know what simply asking someone if they are okay could mean to someone who feels completely alone.

Posted by Justin LaGrande at 12:17 AM No comments:

I've yelled about the resell market for retro games for years, and things aren't getting better, but thanks to Limited Run Games, I was able to get two cult classic NES games and saved several hundred dollars in the process. Natsume in the days of the NES were spoken of in the same way that Sunsoft, Irem, and Tecmo were. Natsume developed a number of titles for other publishers, but only published two for the NES: Shadow of the Ninja and S.C.A.T.: Special Cybernetic Attack Squad. Both titles are relentless and masterfully crafted action games. Shadow of the Ninja ranks up there with Sunsoft's Batman and Tecmo's Ninja Gaiden II as two of the best games of this type: straight to the point fast paced side scrolling action platormers. S.C.A.T.: Special Cybernetic Attack Squad is an old school shmup of the most aggressive order. It isn't particularly brutal, but it's definitely a challenge. Much like the Metal Storm unboxing video, I was given the chance to open a classic title in an age where that privilege can cost an obscene amount of money.

Oh yeah, I'm back to providing you awesome folks with a chance to have official 8-Bit Animal merchandise. if you're interested in getting a t shirt or a hoodie (with more stuff on the way), hop on over here, and get in on the greatness.

Posted by Justin LaGrande at 2:46 AM No comments: