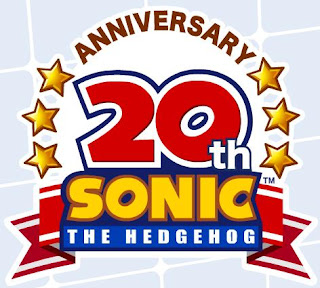 In 1991, Sega was in need of breath of fresh air. While their Arcade games were popular the world over, they didn't have a character that could sell their home consoles. The long time mascot for the Master System, Alex Kidd, was nowhere near as popular as Nintendo's Super Mario and while the Master System was popular, it was largely considered a cult hit in the US. Enter a small five man team charged with creating Sega's new mascot and wrapping a quality game around it. the team was led by a young programmer named Yuji Naka, and the team took the name of their new character as their development team's name. Sonic Team created with this project one of gaming's true great icons. Sonic oozed attitude not seen in other character driven platformers up to that point. the Blue rodent was also fast, and that speed became a selling point for Sega's 16 bit console. Sonic's popularity spawned two sequels on the Genesis and also spinoff games for Sega's other consoles until the company left the console market with the Dreamcast. From there, things got strange for the franchise, as Sega released multiple lackluster games with the only deviation from mediocre and downright bad games was Sonic Colors on the Wii and DS. Sega is celebrating this anniversary with the impending release of Sonic Generations, which blends retro and modern Sonic gameplay. I'm concerned though, since by and large, modern Sonic games have been horrid. I personally love the early Sonic the Hedgehog games, especially Sonic CD. Playing Sonic CD is like taking a trip through every moment of what made this series magical for gamers during the 16 bit generation. It's always stood next to Sonic the Hedgehog 3 as the high water mark in the series for me, and is one of the best games in Sega's back catalog in my opinion. Missteps on Sega's part have left the Blue Blur battered and bruised, but he's far from broken. So I say happy birthday Sonic the Hedgehog, and here's to hoping Sega rights the franchise's ship with the pending release of Sonic Generations.

Posted by Justin LaGrande at 10:45 AM