Bigger Isn't Always Better: The Two Versions Of Castlevania: Symphony Of The Night

When Castlevania: Symphony of the Night was released in 1997, it was heralded as not only the greatest game in the Castlevania franchise, but also one of the greatest games to be released in the 90s. It has been ported to the Xbox 360, Playstation Portable, and Playstation 3 consoles in recent years, and those versions typically utilize the source code of the Playstation 1 iteration of this game. There was a Saturn version, however, and while it may have had some issues with it's graphics engine on Sega's 6th console, it was a game that as far as gameplay is concerned, was superior in some ways that folks may have missed. 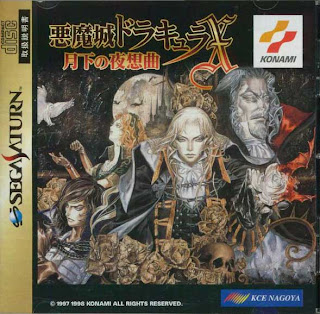 For whatever reason, there are more areas in the Saturn game than the PS1 version. The Underground Garden and Cursed Prison areas were partially coded into
the final game, but were scrapped at the last second for some reason. In addition to these extra areas, there are enemies specific to them that don't appear in the PS1 version. For the curious, walkthroughs on how to find these typically unreachable areas can be found online, though once you reach them, you may freeze the game so make sure you save your game first.
As far as the Playstation version is concerned, once you have beaten the game or the first time, players can do their next run through Dracula's castle as Richter Belmont. In the Saturn version, however, you can play as Richter Belmont and Maria Renard, the girl Richter rescues in Rondo of Blood, right from the start. Each character brings a different play style to the game, and gives Symphony quite the shelf life. This may be the biggest advantage the Saturn version of Symphony of the Night has over it's PS1 counterpart, and this intangible should make it a far more desirable version of the game. For some reason, though, The Saturn version, with it's extra levels and characters feels like it was far less complete than the PS1 version. This was honestly the theme of the 32 bit console skirmish between Sega and Sony. Games released on both consoles typically fared better on the PS1, while the Saturn was filled with sub par and seemingly rushed ports. 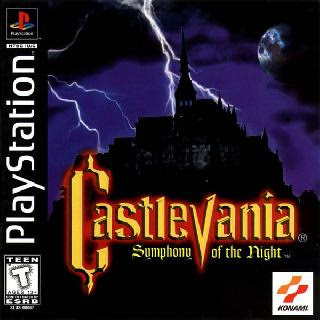 There was a big reason why the Saturn version of Symphony of the Night was a Japan exclusive. With the console all but dead in the US a few years before, Konami saw no need in releasing the game in our country. With the game selling limited numbers in Japan, it has become a sought after collector's item and has garnered auction prices almost as high as the highly touted Radiant Silvergun. Castlevania: Symphony of the Night has been regarded as one of the greatest games of the 32-Bit era, but the Saturn version, while decent in it's own right falls flat to it's more scaled back Playstation brother. This may explain why the PS1 version has been ported to so many consoles while the Saturn version, with all of it's frills, seems to be forgotten.

Posted by Justin LaGrande at 5:25 PM