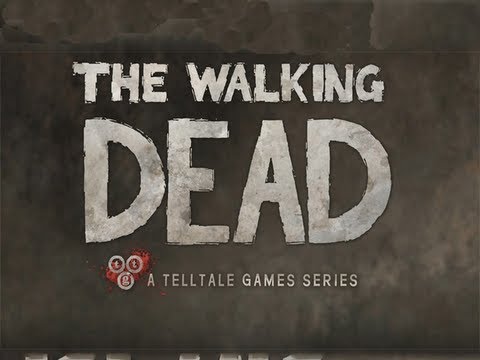 My friend raved that the Walking Dead video game by TellTale was awesome with griping moments. This week, I went, bought some MS points, and got MTG 2013 (not really the point). With the leftover points, I bought the first of two episodes of this gaming series, there being five in total.  First off, the game is a click and point adventure.  There are objects that you can interact with by aiming the cursor with the left stick  (if you haven't figured out that I’m playing this on a console, you should stop reading) and the right stick moves the character but you will hardly use it. The game's graphics are cell-shaded and keep in line with the look of the comic-book graphic novel. The face buttons give an object multiple options to deal with it, from look it to interacting with it.  Good. I got that out the way.  No shooting wave after wave of the undead.  Now because you don't get to replenish your ammo after every checkpoint doesn't mean you should pass up on this game. What makes this game a buy is the story telling. It's right up there with novel and the television show, even with the scares. Don't be fooled by the cell-shaded look, it made me jump a few times.  Now I fell that tell you about the plot of game would ruin your experience of the game. Yes, it one of those game.  Just know that you play A BLACK MAN (TellTale knows we survive until we come out of the basement that we were hiding in) named Lee Everett. You start off in the back of a police car (of course) and being taken to prison for a crime that you have committed.  The cop is talking to you about your crime and other topics while you notice every piece of law enforcement heading towards the city that you're leaving from.  While talking to you, he hits an undead and crashes; thus your story begins. That's it. Not saying any more.  What TellTale does is put characters in your path that you will love, hate and feel sad about. And it's up to you to build a relationship with them or not and if you do, what type of relationship. Will you be honest or keep secrets? Will you be friendly or aggressive towards them?  The way the characters react to you is impressive. The way you handle a scenario with a character or characters can haunt you for rest of the series (if they live). Talk to somebody the wrong way, you might regret it. They have a dialogue system similar to games like Mass Effect and Alpha Protocol, that helps direct the game and make decisions. The timer on the dialog doesn't help either.  Also, it doesn't hurt that the voice acting is up there. After playing this, I would mind an animated version of the Walking Dead.  Lee is voice by Dave Fonney and if he sounds familiar he is the voice of HULU. Yes, the voice that tells you an ad is coming up or what this show is brought to you by. Funny thing is that it works. His voice has a wide range for this kind of character that has to be versatile due to the player. It's hard to be reasonable on the brink of madness. If you are a fan of the novel and show, characters from both will show up during the game. Another reason for fans of the series to download; help flush out some the main characters' back-story.   By now, most of you are like "ummmm this isn't a review." It's a recommendation.  I don't want to tell you much about this game because it's like telling you about an episode of TV show. It just wouldn't feel right about ruining the experience for you. Each character, moment and encounter is a refreshing experience within it's self. Of course you don't have to watch the TV show or have read the graphic novel but warning, the game will make you want to check out both. If you're a fan of great story telling, you will love this game (plus the control handles well). Zombies and headshots...BUY. A writer for the television show wrote the script for this game. What else can I say to make you buy this game, or get an episode every time one is released?  It just one of those games at the end, you ask yourself if you made the right decisions or just play the game over again.

Shawn can be found on Goggle + under the name "Shawn Hill". His weekly video game podcast / discussion show "Character Select" can be found at: http://www.youtube.com/user/zama63
Posted by Justin LaGrande at 11:17 PM