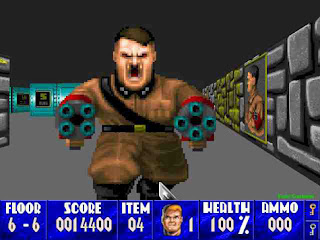 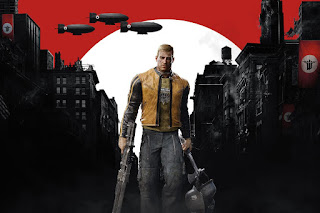 the upcoming Far Cry 5. My concern is that as gamers witness events of things like the tragedy in Charlottesville, VA or how systemic racism has ripped Black and Latino communities around the country apart of the span of decades with no real consequences for those responsible will lead to more copycat racists. Folks who would decry their parents or grandparents saying they shouldn't listen to the next big thing in rap music because it's racist yet see no issue dropping the "n-word" at every turn because the word is allegedly ubiquitous because their favorite rapper said it. We have to be careful who deem cool or sympathetic to impressionable members of our society and while there are elected officials in power in America that have a problem saying that Nazis killed six million Jewish people during World War II or news media that gives press coverage to admitted racists, it'll be easy to make Nazis the hero of the next Wolfenstein game.
Posted by Justin LaGrande at 10:54 AM