Vanillaware Forgot About Their Sharpest Weapon...

Full disclosure, I'm very much a fan of the Vanillaware developed games that I have played. Also, I'm very frustrated with the lack of a modern console release of what is, in my opinion, their finest work: 2009's Muramasa - The Demon Blade. The game is a veritable masterpiece and easily one of the ten best titles released on the Nintendo Wii. I personally bought the copy I own the day I picked up my pre-order of Sin and Punishment: Star Successor and was over the moon to play both. Maybe we'll discuss S and P another day, but for now, we focus on Muramasa. 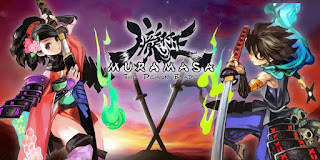 Muramasa was released some two years after Odin Sphere, which is Vanillaware's most acclaimed work and four years before their most controversial (but no less impressive) work, Dragon's Crown. Both Odin's Sphere and Dragon's Crown each got remastered re-releases on the Playstation 4 as well as their handheld releases on the Playstation Vita, but Muramasa received no such console remaster. It's honestly frustrating when you consider how beloved that game is and how beautiful the art style is. There was a homebrew update done for a Wii homebrew channel, but those aren't the most stable means to get games to work and can be frustrating for many.

Vanillaware has proven that their games will be remembered in the future as veritable works of art, and a lack of HD remaster will make the longing for such a version of arguably their best game become more fervent. I hope with the rise of a new generation of home consoles we will be gifted a new version of Muramasa - The Demon Blade soon. Sadly, I'm not overly optimistic, but I'd love to be surprised.

Posted by Justin LaGrande at 2:15 AM