Gaming On The Run (From Mother Nature)

Sixteen years ago, Hurricane Katrina struck Southeast Louisiana and the Mississippi Gulf Coast. As I was leaving for what I thought would be at most a week, I grabbed my PS2 and a few games. When it was clear that I wouldn't be going home anytime soon, I went to the Walmart in the town I evacuated to and got a small TV and on a whim I bought a new game, Killzone. The little tv had a headphone jack and I was able to quietly play video games and be grateful that my family was okay in the aftermath of that disaster. 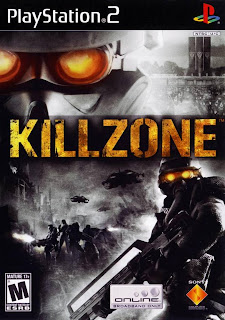 Fast forward sixteen years to the day and once again I was evacuating, this time it was Hurricane Ida. Just like in 2005, I brought a console (a PS4 this time) and a small selection of games, and just like last time I had a small tv so I could find a corner and game in peace. This may seem frivolous, but it gave me peace when home was surrounded in chaos. While there, I went to Target and picked up a few things, including the last copy of Hades in the store. That, plus the other games I brought with me, gave me normalcy.

For many, video games still aren't viewed as anything other than a kid's toy. Many gamers use what happens on their screen of choice to quiet the loudness that sometimes surrounds them and fills them with anxiety. Some may use something as mundane as Angry Birds or in my case at many points, a shmup like Giga Wing to help them escape the hamster wheel of their day to day life. While this may not feel okay to some, sitting on your couch with a video game in the same way many spend time with a book is not so different. 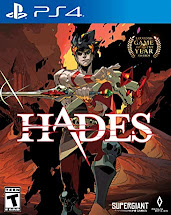 In terms of both storms, I was lucky. I know people who lost everything in those hurricanes. Little things like engaging in your hobby of choice can be the thing that keeps lots of people from flat out losing themselves in the fog of that uncertainty and grief. A game of Ikaruga or starting my first few runs of Hades kept me calm while I waited to hear from my family who had to escape the storm. Everyone is okay, and Hades has more than lived up to the hype and Game of the Year honors it received in 2020. It may seem childish to see a grown man bring a game console and games with him, but finding a way to be your own peace is absolutely priceless when nature is trying to reclaim it's space and you just want to get out of her way.

Posted by Justin LaGrande at 5:47 PM