The Ten Biggest "What Ifs" in Video Game History 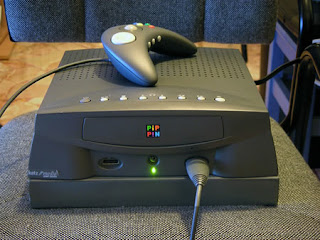 I've been a Gamer as long as I can remember, and every now and then, I get this feeling that something promising just didn't pan out. What that in mind, I decided to share my top ten list of the biggest "What Ifs" in video game history.

10. What If the Apple Pippin had caught on as a viable game console? I mean, Steve Jobs doesn't screw up too often, but if they would have adjusted a few things, the pippin could have been an influential console.

9. What if EA Sports never got that NFL exclusivity? It was really convenient that EA got the NFL license on the heels of 2K Sports launching their NFL 2K5 game at $19.99, this took a big chunk of Madden's sales. Had they not gotten exclusivity...well, things would have been a helluva lot different.

8. What if Final Fantasy would have remained a Nintendo exclusive? Final Fantasy was supposed to be an exclusive title for Nintendo's 64 bit console, at that point called the "Ultra 64", but when Square realized how expensive their big game would be on a cartridge based system, they jumped ship to the upstart Sony Playstation. This wasn't the first tension between Sony and Nintendo, but I'll get into that later.

7. What if Sega was still making consoles? Sega has always made quality games, but since they left the console market, their offerings haven't all been that good. My theory is that stubborn pride won't let Sega put a good Sonic game on a Playstation.

6. What if those FMV games on the Sega CD were actually good? If those grainy abominations were good, we'd probably still be playing sequels to Night Trap...and nobody would benefit from that.

5. What if you actually had to know how to play guitar to play Guitar Hero? Honestly, we'd have gotten that Prince edition with the purple guitar by now. If you didn't know, he doesn't want you guys having his music in a video game, he wants you to learn how to play a guitar...

4. What if Street Fighter II never caught on? Capcom would have been okay, but I'm not sure about SNK, since the Neo Geo was known as a fighting game system. Those fighting games were by and large the spiritual offspring of SF II, and without it, SNK would have had to seriously readjust their plans.

3. What if EA would have bought out Take Two Interactive? If Take Two would have accepted the buyout offer from EA, most of the shelf space in your local video game 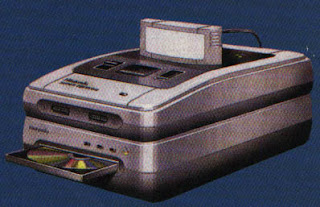 store would be monopolized by games with the EA logo. Not a good look if you like options.

1. What if the crash of 1983 never happened? Honestly, the crash was almost a blessing in disguise, a lot of companies making shitty games and consoles got phased out, and the ones capable of thriving survived. The market is in danger of another crash with more and more shovelware being pumped out. Quality at times takes a backseat to profits and if they aren't careful, small developers will once again take over the gaming market.

Posted by Justin LaGrande at 11:54 AM