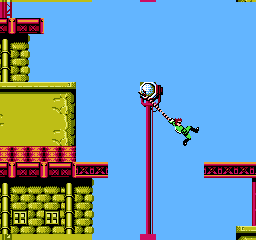 After following E3 2010 coverage last week, I realized something: old school gaming is back. With announcements of a new Donkey Kong Country, Kid Icarus, Contra, Castlevania, and many other franchises on the show floor, I was initially excited. My excitement started to wane when I thought about the first time I introduced a friend to the NES version of Bionic Commando and the arcade version of Ghouls and Ghosts. Not only was the guy frustrated by the difficulty of the games, but he proceeded to say that Bionic Commando was "gay" because the main character doesn't jump. WHAT? That was what made that game challenging. you had to learn how to move around with only your grappling hook. He was also crying because of the "one hit and you're dead" life mechanic. I realized that he was spoiled by unlimited continues and Easy Modes that have plagued video games since the PS1. Fast Forward to this year, and Capcom has announced a sequel to Bionic Commando: Rearmed, their critically acclaimed re-imagining 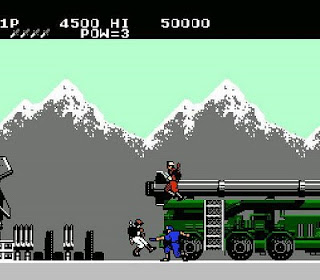 of the NES title. This would have been a welcome announcement to any old school gamer, except for one important thing. Rad Spencer can now JUMP. I mean, really?!? What's next, a super easy version of Ghouls and Ghosts? Some things should never happen, and this is one of those things. Add to that, Konami is about to release a remake of their classic side scrolling action game, Rush N Attack. I will say, I'm surprised by this remake, especially since nobody really ever mentions Rush N Attack as a game needing a remake. I can't complain though, since this may lead to a remake of other Konami classics like Jackal, Time Pilot and Yie Ar Kung Fu. Lastly, does anybody know who has the license to the old Technos Japan game catalog? I'm sure there are a lot of gamer who would love to see a new Double Dragon, River City Ransom, or Super Dodge Ball. I'll even take Sega bringing back Alex Kidd if they didn't screw it up like Ubisoft screwed up Turtles in Time.

Posted by Justin LaGrande at 5:55 PM