Piles Of Crap Based On A Subpar Movie? Why The Hell Not... 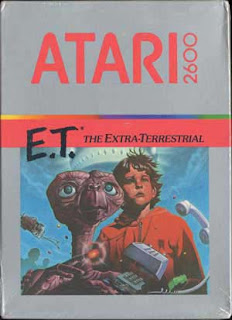 I started my love affair with video games in 1988, well after "The Crash", so at that point I didn't know about the E.T. video game and how amazingly bad it was. As a result, I was pretty spoiled when the NES game attached to the first Batman movie came out and gave me an excellent experience. Then something happened, and game companies started attaching themselves to any random movie license they can get their hands on. This often resulted in some incredibly bad video games, which is sad because the movies in most cases weren't that bad. I figured I'd give you guys a list of the worst licensed games I've played, but that would be too easy. That was my thinking until I played the NES game based on Total Recall. Busted controls, poor collision detection, vague level goals, it was all here. It almost made me give away my NES, but sanity kicked in and I kept it. I should have known Total Recall was gonna be bad though, since it was made by Acclaim, and by and large, Acclaim made shitty games. For a long time, a subsidiary of Acclaim, LJN, was responsible for games based on Marvel Comics' characters and either an LJN or Acclaim label was on every WWF game on home consoles up to WWF Attitude. Acclaim also made a mockery of The Simpsons, with crappy games based on the cartoon family going from the NES to the tail end of the 16 bit console generation. Now, I'm not say every game Acclaim made sucked, but pretty much all of the licensed games they published were utterly horrible. They weren't they only culprits, either. Game publishers like Ocean, who made a lot of great games for the Amiga and Commodore 64 consoles, made a lot of duds for the NES that were solely movie and TV licenses. I've played some pretty good games based on TV and movie licenses, but the ones that were bad...OH MAN, were they bad. Most of the publishers who were responsible for these digital turds are no longer in business, while one (THQ) has grown in reputation and revenue over the years.

This blog post should not only serve as commentary, but as a cautionary tale to parents who have kids that are gamers. Just because your kid was a fan of a cartoon or movie, doesn't mean they'll be a fan of a game based on that cartoon or movie. Chances are, that game will be played once, and you'll be puzzled as to why your kid doesn't know where that Avatar or Ben 10 game you bought them a week ago is.
Posted by Justin LaGrande at 8:53 AM