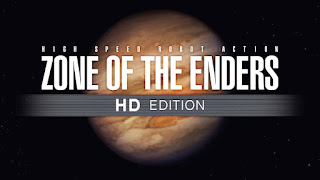 A lot of gamers, myself included, have typically frowned upon the explosion of “HD” editions of previously released games. They usually come off as lazy and serve no real purpose other than cashing in on a game that may have been popular in the previous console generation. Every now and then, though, a publisher uses this method of recycling older games to introduce a series to another generation of gamers to a series in preparation of a new game in the series. The latter is indeed the case with the release of the Zone of the Enders HD Collection. Hideo Kojima’s other franchise from the last console generation is poised for a comeback with a new game in the series currently in development, and this HD collection does a good job of giving gamers just that.

Posted by Justin LaGrande at 1:44 PM