Mortal Kombat Brings Back The Ultra Violence In a Beautiful Way 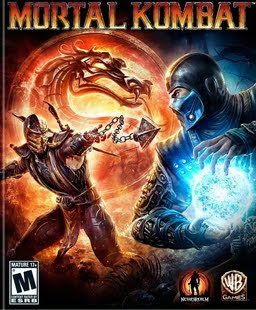 Back in the early 90s, Midway gave us a gift of beautiful brutality in the form of Mortal Kombat. The game became so heralded that Congress ordered a series of hearings into violence in video games. The Mortal Kombat series spawned several sequels and spinoffs, but nothing is better than the core games in the series. The folks at Warner Bros. Interactive knew this and after acquiring the rights to Mortal Kombat from the now defunct Midway, went into action returning MK to what made it great.

For starters, WB Interactive enlisted the good folks at NetherRealm Studios to bring their re-imagining of the classic fighting game to life. The first thing they did was bring the Story back to it's early 90s roots and adds a pretty solid combo system. Secondly, they updated the old characters with new costumes and animations, and gave the classic locales a great coat of polish. All of these things make Mortal Kombat pretty good, but what makes it more than the standard fighter is it's attention to an actual storyline and a multiplayer experience that while not perfect, makes this game more than a standard fighting game.

The story mode in MK starts with the end of MK Armageddon, and Shao Khan is poised to take final victory and destroy Earthrealm. At the last second, time is set to rewind and we are taken back to the beginning of the events of the first game. From here the story mode puts players in the role of various characters in the game, and takes players from MK1 to MK3, and does so quite well. In addition to the story mode, there is also a challenge ladder that gives players an opportunity to play through several different scenarios. Completing tasks in the Challenge Ladder and story mode gives players tokens that can be redeemed in the "Krypt"where players can unlock costumes, stages, concept art, and other goodies.

The single player modes are cool, but nobody plays a fighting game for that, and I'm pleased to report that the local multiplayer is a gem. At the time of this review, I hadn't had the opportunity to play online, but if the local multiplayer is any indication, the fights in this game will be as crisp and fluid as any Super Street Fighter 4 matchup. Most MK fights come in one on one and two on two tag matches. The latter can be played between two players or four. Four player fights are less frantic than one would want in the standard 2D fighter, but it is pretty good nonetheless. I will warn though, that much like other fighting games, much of the replay value is rooted in finding a good fight, so if your circle doesn't have other MK players available, you may be out of luck.

As for the actual gameplay, the ultra violence that made Mortal Kombat a gaming staple almost 20 years ago is still there, but it feels less gimmicky with the inclusion of quite a capable combo system. special attacks stream between normal punches, kicks, and throws in a beautifully brutal tapestry in the hands of a capable player. That's not to say that the classic accessibility of the original MK isn't here. In fact, beginners can get into MK quite easily if they can learn one important rule: uppercuts and roundhouses are top of the food chain. Through the course of fights, a meter on the bottom of the screen build up and it can be used to perform super moves. If a player can build this meter fully, they can execute a devastating X Ray attack which deals heavy damage. Fights can be ended with the traditionally nasty Fatality moves, as well as some hilarious Babality moves. Over the course of the game, more moves can be unlocked, and the effectiveness of them can't be denied.

The version of MK I was able to review was the Tournament Edition. While it lacked the figurines and bonus content included in the "Kollector's Edition", it did however, include one of the most well put together arcade stick released commercially since the Street Fighter 15th Anniversary stick released a few years ago. the controller alone is worth the price of the overall package, but I have one gripe with it. To it's credit, the arcade stick included in the Tournament Edition handles great on non MK games, but it can be awkward playing Marvel Vs. Capcom with it. This is primarily because the button layout is suited mainly for Mortal Kombat ALONE, so if you plan to use this as a do it all stick, you may be disappointed, but if you are a collector who may occasionally use it, it might be worth it for you.

Mortal Kombat is not just a trip down memory lane for nostalgic gamers, but it is the best way to reintroduce and evolve a series simultaneously.

Posted by Justin LaGrande at 4:18 PM