Konami: If It Wasn't For Them, Games Would Suck Now 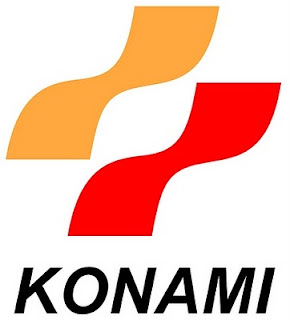 If there was a listing for "classic hardcore gaming" in the dictionary, chances are you'd see a picture of almost every game released by Konami for the NES. This was going to be a historical post talking about Konami's history, but I'd much rather talk about what made them worth discussing, their video games.

My first experience with a Konami game was also my first experience with my favorite series of games. Castlevania had just come out, and a friend of mine had it. I had played Mario, Metroid, and Zelda at this point, and they were cool, but I wanted something a little grittier. Castlevania was right up my alley, with the zombies popping up out of the floor to attack me, the fish men patrolling any body of water I encountered, and those damn Medusa heads. Castlevania was one of the first games 10 or so games I played on the NES, and it stuck with me.

In addition to action games like Castlevania and Contra, Konami became known for shooters like Gradius, Life Force, Stinger, and Jackal. Jackal was different from the others though since the player controlled a jeep and had to rescue hostages. This one was every bit as hard as Gradius was, and if you weren't careful, you'd get the game over screen very quickly. Life Force was very similar to Gradius, but it took quite a different story arc from the Gradius games. Life Force, or Salamander as it was known in Japan, took place inside of a giant alien organism. Life Force became so popular that an anime based on the game was produced in 1988.

Another game that is synonymous with Konami is Contra. I shouldn't need to say a lot about Contra, because it gave us so much since it appeared in Arcades and on the NES in the 80s. Contra pretty much defined what an action game is supposed to be. I'll put it like this,If it wasn't for Contra, there would be no Doom, Halo, or any other action game that has been released in the last 20 years.

The great thing about Konami's games is that they stand up well to time...they never feel slow when compared to games that have been released recently. If you don't believe me, pop in a copy of Contra and tell me it isn't fast paced, tense, and incredibly fun. So, Thank you Konami for giving gamers genre defining greatness on the NES.

Posted by Justin LaGrande at 11:13 AM