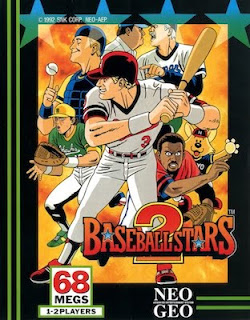 Ok kids, we're halfway done with the NFL regular season, The NBA and NHL have both kicked off, and we just crowned new World Series Champions. I figured this would be as good a time as any to shuffle through a genre that everybody seems to love...except me. I've never been one to quickly buy a sports game, and that may not change anytime soon, but I can appreciate a good game, whether it's a simulation, or a quirky change of pace to the rules of the traditional game. Here are some of my favorite sports games.

As with many lists I do, this one is in no particular order.


John Madden Football 93: Championship Edition - Electronic Arts - Genesis: The first Madden title to feature throwback teams and All time All Madden Teams is probably the only Madden I really care about.

Ultimate Basketball - American Sammy - NES: take the stuff folks loved about Double Dribble, and add substitutions, individual player stats, and fully animated dunk sequences where you can defend against being a poster. it was like Pat Riley Basketball on the Genesis, but better.

High Impact Football - Midway - Arcade: High Impact is as basic a football game as you can ask for, and it works beautifully. I mean, the game has a joystick and one action button, what's not to love.

Baseball Stars 2 - SNK - Neo Geo: I can say with great honesty that even now, in the winter of 2010, that Baseball Stars 2 is WITHOUT QUESTION one of the greatest sports video games EVER.

NFL 2K5 - 2K Games - Xbox, PS2: $20 price tag, full ESPN, great gameplay...no wonder EA got NFL exclusivity when they did. If they hadn't, they'd have a serious problem on their hands.

Blades Of Steel - Konami - NES: No NHL license, no stat tracking, no problem. Konami took their great, but flawed Arcade hockey game and made it the measuring stick for hockey video games.

Tecmo Super Bowl -Tecmo - NES: Regarded by many to be one of the best football games ever. It took the basic gameplay of the first NES Tecmo Bowl and added a full NFL license to it. This game is so beloved that homebrew roster updates come out almost yearly for it.

Double Dribble - Konami - NES: Konami's hardcourt masterpiece is one of those games that has become something of a legend. It's magic and appeal among gamers may not ever be duplicated, and it's all because they got rid of that damn dribble button.

Run And Gun - Konami - Arcade: It was copied by numerous game publishers, but none of them could make a basketball game that was as balls out fun as Run and Gun was.