Spy Hunter: The Best Car Chase I Ever Played 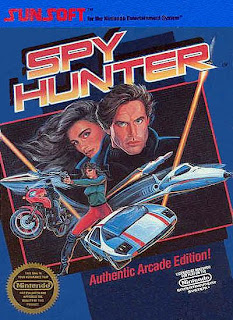 We've always been fascinated by secret agents, most notably the concept of a "Super Spy" like James Bond. So, video games afforded players the opportunity to assume the roles of such characters, which sometimes didn't go well, mainly because the games never really focused on one part of the experience and did it well. That was the case at least until Bally Midway saw fit to focus on the best part of most action movies in general, the car chase scenes. Using car chase scenes as inspiration, Midway developed and released Spy Hunter in 1983. The original cabinet came in two flavors, upright and sit down, and featured fast paced gameplay. The player assumes control of the G-6155 Interceptor, and must take out enemy vehicles while avoiding civilians. Each one of the cars weapons (missiles, smoke screen, oil slick, machine gun) are allocated to individual buttons. Perhaps one of the biggest selling points of Spy Hunter was the use of the theme to Peter Gun as the primary soundtrack to the game. Spy Hunter proved to be a hit for Midway, and spawned a sequel as well as a pinball game and several ports to the original game. Spy Hunter is so popular that it even popped up as an "Easter Egg" in the initial release of Microsoft Excel 2000, and it ended up being the last "Easter Egg" included in 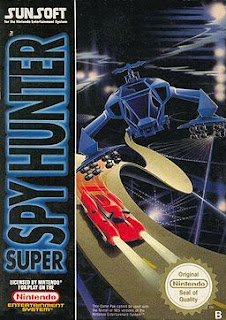 Microsoft's non gaming software. The arcade sequel, Spy Hunter II, was released in 1987, and I can say with great honesty that it isn't anywhere as good as the original. Meanwhile, on the home console front, Sunsoft, who released the NES port of Spy Hunter, developed and released their own followup titled Super Spy Hunter. That followup was much more in the vein of the original game than Spy Hunter II, and it proved to be well received. From there, the spirit of that game lay dormant for many years, until the retro gaming revival of the last console generation. Midway, who was at this point a full fledged console game publisher, decided to revive Spy Hunter, and they did a pretty good job of it, at first. The reboot of the franchise, simply titled Spy Hunter, was released on PS@, Xbox, and Gamecube to some good reviews, and sales were solid. Then Universal Pictures acquired the right to Spy Hunter, and began pre-production in 2003. At the same time, Midway began working on a video game attached to the film. The film has been delayed since, but Midway decided to release the game instead, but they probably shouldn't have. The game was lambasted by critics, and sold horribly. Sadly to date that was the last game in the Spy Hunter lineage, but the good thing about being a gamer, is being able to circumvent to bad parts of a franchise's history to relive it's glory days. I recently picked up Super Spy Hunter, and will get the NES port of the original soon if for no other reason than to hear that awesome soundtrack.

Posted by Justin LaGrande at 4:33 PM