Tony Hawk vs. Skate: EA vs. Activision Round 9 Million 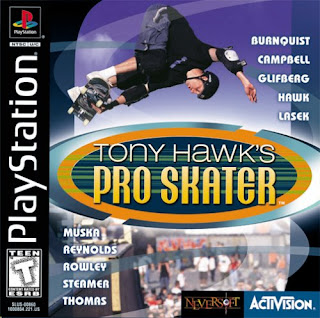 For a long time, there really wasn't a really good video game that encompassed what skateboarding was. I mean, Skate or Die is a classic, but let's face it, it didn't pull in non gamers. A few games popped up here and there, but none of them were really good skateboarding games. This changed when Activision released Tony Hawk Pro Skater for the Sony Playstation in 1999. That game became the new high water mark for all action sports games, but in the process it's success kinda doomed it. You see, the folks at Activision are always in constant competition with the other "biggest publisher in video games" in Electronic Arts, and much like EA, Activision tends to fall into a state of complacency with their games. That ended up happening with the Tony Hawk series. While Activision did make a fundamental change in game engine with Tony Hawk's American Wa 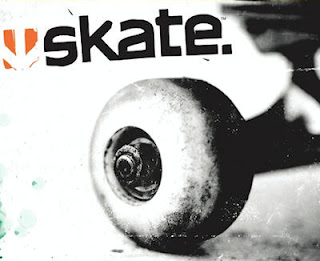 steland, there wasn't enough in the way of improved gameplay to satisfy gamers who grew bored with the long stale play mechanics in the long running series. With Activision down, EA decided to strike and they released what could be considered the grandchild of Skate or Die, EA's 1986 multiplatform skateboard classic. EA released Skate in 2007 on the Xbox 360 and Playstation 3 to critical and commercial acclaim, and sequels for pretty much every available console were released. One thing Skate and it's sequels did differently than Tony Hawk was that it consolidated the origination of most tricks to the right analog stick and most grabs are assigned to shoulder buttons. This control scheme made playing Skate an inviting experience to those who became put off by the fighting game like button combos that were required to do tricks in the Tony Hawk games. by contrast, Activision has started to look at their popular line of music games for the direction their series would go in. Tony Hawk Ride was released in 2009, and featured a skateboard peripheral that would allow players to control their on screen character without using a traditional controller. Ride was met with very negative reviews, and received several worst game of the year awards. Despite the negative reception, Activision released a followup to Ride, entitled Tony Hawk Shred. It is notable that Shred received negative reviews as well, and only sold 3,000 units in it's first week. Conversely, Skate 3 released to positive reviews, though sales haven't been as strong as Skate 2 were. It remains to be seen if EA's Skate franchise will become as stale as Activision's Tony Hawk franchise, but if it does, rest assured that one thing is certain, and that is that Ubisoft's Shaun White Skateboarding poses no threat to either right now.

Posted by Justin LaGrande at 1:03 PM