The Saga Of Daikatana: Don't Believe The Hype 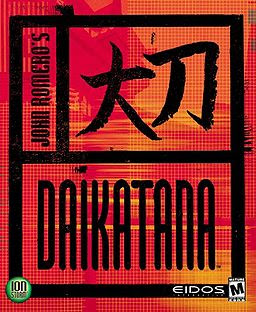 I've noticed that publishers tend to hype certain games up, and those games never live up to the hype that's been lauded upon a particular game. In Some cases, the game falls so short of the hype given to it by an almost payola type review system that the final product seems laughable in comparison. One notable example of this was John Romero' Daikatana.
Daikatana started out as the brainchild of Id Software's John Romero. To this point, Id was the darling of computer gaming, and Romero began to carry himself like a rock star. During this time frame, Romero began to conceptualize a game that would change everything gamers knew about video games. Romero began work on his new pet project, and vowed that it would be released within seven months. That deadline was missed, mainly due to the general lack of experience within Romero's team at Ion Sto 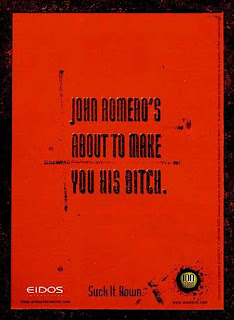 rm. Several other poor choices plagued the development of Daikatana, including an ad that proclaimed in the most basic of terms, that "John Romero's About To Make You His Bitch". The ad seemed to sour many gamers on the project and Romero's arrogance. Even the early hype from Time Magazine's early praise of the Daikatana project couldn't help Romero find it's way out of the haze this game seemed to be stuck in.

When Daikatana was finally released three years after it's initial announcement, it was bashed by critics. For one, Daikatana ran on the Quake II engine, while other games, including Unreal Tournament and Quake III were already on the market. The gameplay was sluggish and glitchy, which turned gamers away. The N64 version was even worse, as it featured less characters, horrible textures, an incredible amount of fog(usually used in polygon based games to cover up redraw issues), and the Daikatana couldn't be used in game. Needless to say the hype surrounding Daikatana couldn't be matched by the product, and Romero's reputation suffered horribly for it.

For all the hype that surrounded Daikatana, Duke Nukem Forever seems to be in the grips of an even bigger level of hype. I personally hope that the oft cancelled and resurrected Duke Nukem doesn't turn out as badly as Daikatana did.

Posted by Justin LaGrande at 10:03 AM