TurboGrafx 16: You Guys Almost Tricked Us... 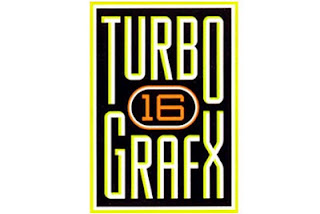 Ok kids, I've got a quick history quiz for you: Besides Nintendo, Sega, SNK, and Bandai, which game developer essentially had it's own video game console? Take your time, I can wait...the answer is Hudson Soft. In the late 80s, Nintendo owned the 8 bit video game market in America, and was one of 2 or 3 dominant players elsewhere in the world market. So, game developer Hudson Soft, best known in the US for Bomberman and Adventure Island, partnered with Japanese computer manufacturer NEC after Nintendo balked at purchasing graphics processor technology from Hudson, and released the PC Engine in 1987 which was followed by a US release in 1989. The TG-16 was the first 16 bit console released in the US, and unlike the vast majority of games released on other systems, they steered clear of cartridges completely for their system. This was huge for video games since every system since the Fairchild Channel F used some sort of interchangeable cartridge to swap out software, but Hudson decided that instead of using cartridges, they would use a proprietary card system for all of their TG-16 games. and while the graphics were quite good, they seemed at first to look like souped up 8 bit games. The sound was also nothing that wowed gamers at first, but then NEC and Hudson released the CD expansion for the TurboGrafx 16. While it was priced way out of reach for most gamers ($399.99), it was quite groundbreaking in 2 important respects: it was the first CD add on for a video game console in the US, and it was region free, allowing gamers to play games from anywhere in the world. The TurboGrafx 16 could have been a great selling system in the US, but the system faced two problems. For one, NEC decided to claim that their hardware was better technically than the NES, Genesis or even the Super NES. In reality the TurboGrafx 16 was a souped up 8 bit console that could fake being legitimately 16 bit. The other major thing was the lack of third party support for the American version of the system. This was partly due to Nintendo's strong arm tactics with third party publishers, tactics that were later deemed illegal and led to Sega closing the gap with Nintendo. With very little in the way of quality third party support, inferior hardware, and very little actual retail shelf space led to the TurboGrafx 16 disappearing from store shelves in the early 90s. NEC did have some great selling points though, including a quality library of Hudson Soft's video games. many of these games are available Through Nintendo's Virtual Console service. Some, like Bonk's Adventure, are awaiting new sequels as we speak, and The TurboGrafx 16 and other NEC consoles are extremely popular among collectors. The TurboGrafx 16 had a short shelf life in America, but there were new games being released for it as late as 1999. Much like the Sega Dreamcast, the TurboGrafx 16 was a promising system that saw failure because of mainly bad planning on NEC's part.

Posted by Justin LaGrande at 10:41 AM