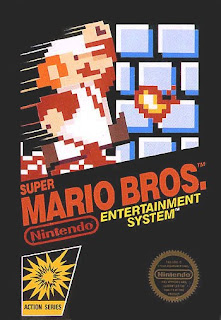 Super Mario Bros. is 25 years old. That's a big deal considering how many games in that time span that Mario was in that ranged from good to required playing among gamers. Most current gamers will contend that Mario Bros. games are too childish, but many of those same gamers have probably had trouble beating any of the games in that series. The thing about the Super Mario Bros. games (even that weird one that wasn't really a Mario Bros. game) is that they tell a classic story in what isn't a conventional way. The little construction worker originally called Jumpman has evolved so much since he was trying to rescue "Lady" from the clutches of Donkey Kong. He changed careers, got his brother involved, got sucked into an alternate universe inhabited by talking mushrooms, evil turtles and flowers that allow those holding them to throw fire. Somebody explain why Super Mario Bros wasn't criticized for advocating drug use. Anyway, Super Mario Galaxy 2 came out earlier this year, and has again been praised for being a stellar game, and flash based mods of the original game are more popular than ever now with the rise of Super Mario Crossover. What many consider to be the greatest video game ever made is 25 years old, and I think I'll celebrate it with a binge game of the original Super Mario Bros. trilogy...while drinking a 40.

Shout out to Nintendo for producing this dope tribute video.

Posted by Justin LaGrande at 9:26 AM