The Prince Of Persia: A Game So Good, Disney Adapted The Story Twice 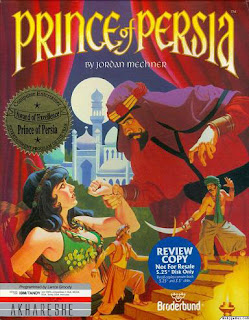 I recently sat down and watched the film adaptation of Prince of Persia: The Sands Of Time. It was okay, and it didn't deviate too far from the source material to cobble together a decent story, but This wasn't the first time Disney had touched the principles in that story. If anybody remembers the original Prince of Persia game, it was essentially the same story as Disney's Aladdin. In order to make their cartoon more appealing to kids, they threw in a cute monkey and a funny ass genie, but it's essentially the same story. Back to Prince of Persia, though, it was a classic damsel in distress story and it was done in expert fashion. Jordan Mechner crafted an exceptional platforming experience with smart puzzle elements and instances where patience can beat twitch reflexes any day. In an attempt to make his project as realistic as possible, Mechner used videotaped footage of his brother as the basis for his programming of the main character. The Storyline, as stated earlier, was pretty straight forward, with the games hero, who was never named, having a limited amount of time to rescue the princess before she is killed by the vizier. That adds a major tension element to a game who's sparse sound effects, dark environments, and relentless enemies and traps already makes it a heart racing experience. The original game has been seen on virtually every major platform, either as a stand alone game, an unlockable feature in the Sands of Time and Forgotten Sands games, or as downloadable content. A sequel was released, but it isn't as readily available now as the first game. Anyone who claims to be a fan of the Prince of Persia franchise, but has missed the games that preceded the original games are doing themselves a major disservice. From the engaging plot, to the smart gameplay elements, Prince of Persia is a gaming icon that stood the test of time (no pun intended).

Posted by Justin LaGrande at 10:37 AM