Today (October 26, 2010) marks the release of WWE Smackdown Vs. Raw 2011, and for some reason, I'm not excited. Sure, the game is getting good reviews from a lot of sites, but I'm not excited. The WWE Universe mode is the most immersive experience ever in a wrestling game, but I'm just not excited. The reason I'm not excited is multifaceted, but it's pretty much the problem I have with a lot of yearly titles. Why pay $50 or $60 every year for something that will be stale after a month of consistent play? For all the bells and whistles in most yearly titles, you rarely get an experience that feels deep and fulfilling. Sadly, the WWE games have fallen into this trap, and like Madden, there's very little legitimate competition in the marketplace. Earlier this month, Konami released it's own wrestling title: Lucha Libre AAA: Heroes Del Ring, but sadly, that game has received poor reviews and has been shunned by gamers who don't want to waste their gaming dollar. This seemingly makes THQ's WWE line of games the only ones in town, unless you have some older consoles laying around. Here are some of my favorites.

These are in no particular order... 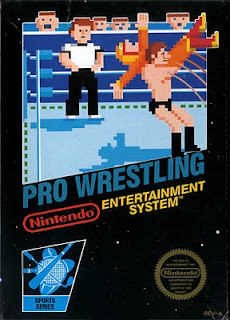 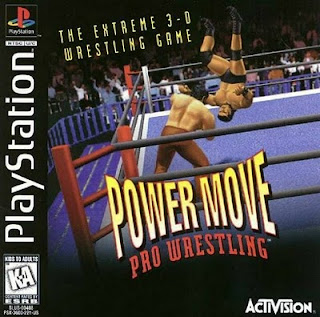 Power Move Pro Wrestling - Playstation - Activision/Yukes: This one was pretty much the PS1 equivalent of Pro Wrestling on the NES. It was also one of the first wrestling games to use polygon based graphics.The only thing this one was missing in my opinion was a create a wrestler mode and tag team matches. 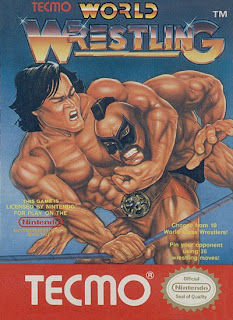 World Wrestling - NES - Tecmo: Released a few years after Pro Wrestling, Tecmo World Wrestling took that formula and mixed in Tecmo's ground breaking cutscenes for maximum effect. I mean, who didn't get excited the first time he pulled off a Power Slam or Back Brain Kick on an opponent and got a cutscene. 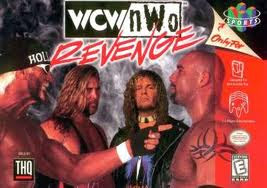 WCW Vs. NWO Revenge - Nintendo 64 - THQ/AKI: While this wasn't THQ's first N64 wrestling game, it was one of the best. The big rosters, cutting edge(for the time) graphics, tight control, and the seeds planted for the expansive character creation mode in their future games were all started here. 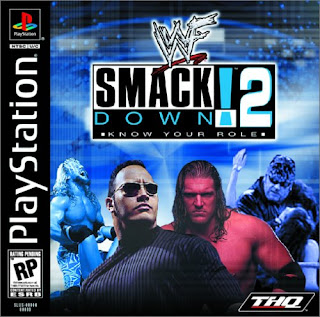 Smackdown! 2 - Playstation - THQ/Yukes: The second Smackdown title from THQ was probably the high water mark until they released Here Comes The Pain on the PS2. The career mode integrated every character on the huge roster, even created characters, into the mix. I remember starting a career mode that involved Paul Bearer becoming the Hardcore Champion, Funaki winning the Royal Rumble, and all manner of other random occurrences. 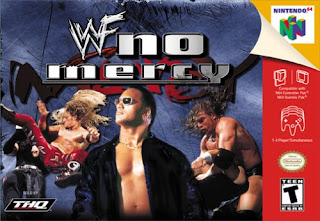 WWF No Mercy - Nintendo 64 - THQ/AKI: The last N64 wrestling game from THQ was arguably the best of the genre. The gameplay was top notch, characters looked pretty good for the blockiness of the N64, and the character creator / editor allowed players to make up to 4 versions of their character. 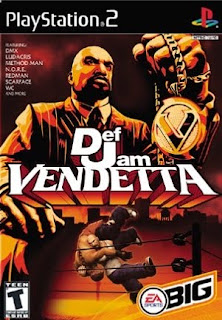 Def Jam Vendetta - multiplatform - EA Sports Big/AKI: If WCW hadn't died while this game was in development, this would have removed the memory of WCW Backstage Assault from our memory. Alas, WCW was handed over to Vince McMahon, and with no wrestlers to use in their wrestling game, EA took a risk and got the rights to use members of the Def Jam records roster. The result was absolutely beautiful. 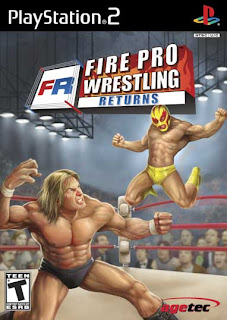 Fire Pro Wrestling Returns - Playstation 2 - Agetec/Spike: The only Fire Pro game released on a home console in the US, and only the third game in the series released stateside total, Fire Pro Returns has effectively kept me from buying a new wrestling game since I bought it in 2007. The gameplay, while taking some getting used to, was extremely deep. The look of the series hasn't changed in nearly 2 decades, and it probably doesn't need to. Finally, this and every other game in the series features the most expansive creation engine ever seen in a wrestling game. You can conceivably make any wrestler you want to in this game.

The beauty of wrestling games is that they are typically plentiful. Every game on this list is under $15, so if you have an old game console laying around and don't want to spend new game prices for your wrestling game fix, then get on Ebay and get to buying.


Posted by Justin LaGrande at 9:51 AM