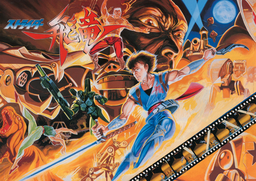 The late 80s was a great time to be a gamer, especially in arcades. Capcom was undoubtedly one of the best publishers out there, and their arcade division was no different. In 1989, Capcom released one of it's great triumphs in arcade gaming, Strider. the player controls Hiryu as he attempts to defeat "The Grandmaster" and free the world from his tyranny. This game featured tight controls, a great soundtrack which featured speech from different languages, which gave the game a truly international flair. Strider proved to be one of Capcom's biggest hits, and it received multiple ports to home consoles. Then there was the puzzling decision that led to one of Capcom's most polarizing game ever. 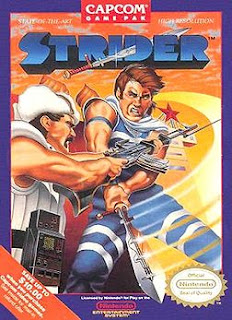 The NES version is simply a distant memory for most gamers now, and the arcade game is as popular as ever, especially with Capcom's reissue of it as part of their "classics collection" series. Strider is easily one of the games that put Capcom on the map, and without a doubt both versions should be experienced by anyone who can hold a controller.

Posted by Justin LaGrande at 1:21 PM