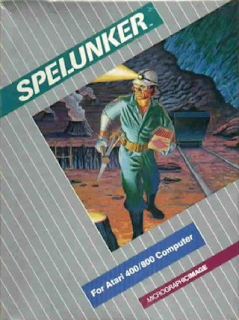 So, I've been sitting here trying to decide what to write about today. Then I thought about the biggest news story in the world right now, and inspiration struck. Those Chilean miners survived over 70 days underground, but would they have fared as well if something was down there with them. Over the years, a lot of video game creators have used subterranean canvases to weave their digital tapestries. Some of my favorite old school games are primarily set underground, but their setting is pretty much the only thing that ties them together.

First up is Dig Dug, Namco's classic arcade game. The greatness of Dig Dug has always seemingly been overshadowed by Namco's other two major arcade titles, Pac Man and Galaga. Dig Dug is the only one of Namco's early arcade titles where you could create your own path to beating the assorted monsters in each level. The official world record for the game as recognized by Twin Galaxies is 5,136,150 points which was scored by Ken House in 2009. There is no official back story to Dig Dug, but the main character has been given the name Taizo Hori in assorted games in Namco's Mr. Driller series. He is even referred to as the father of the main character in the Mr. Driller games.

Next up is the spiritual successor to Dig Dug, Mr. Driller. This Namco created action puzzle game takes the best part of Dig Dug, navigating underground, and makes a great game out of it.There are no enemies to fight off, but the blocks overhead have to go somewhere, and that's where the challenge comes into play. Then there is the matter of players making sure they don't run out of air, and it can get tough to do so if when tackling later levels.

Finally, we have Spelunker the classic platformer from Broderbund. It takes the "find stuff, get points" gameplay of Lode Runner, and throws some solid, albeit difficult platforming. It's an oldie but definitely a goodie, and it's easy to find pretty much anywhere.

I'm sure there are other games where traversed underground caverns, but these are probably my favorites that take place primarily underground. I'm glad the Chili 33 got out of that mine, and I'm also glad they indirectly gave me inspiration. Next time you get the urge to play something, why not go underground.

Posted by Justin LaGrande at 10:18 AM