Rappers Starring In Video Games: Some Of You Need To Quit Both Jobs 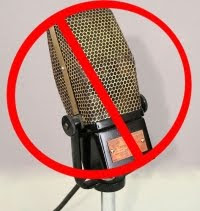 Besides being a gamer, I'm a Hip Hop junkie. I probably listen to more Hip Hop music on a daily basis than I play video games. Fans of both art forms have seem many instances where the two have melded well together, but that mostly correlates to assorted rappers having music in a video games' soundtrack. Every now and then, though, Hip Hop is made a prominent part of a video game, and the results vary from incredible to atrocious. Today, I want to touch on some examples of both.

Rap Jam: Volume One - Motown Games - Super Nintendo: If ever a bad idea was had among a group of Black people, this was it. This game was a bad NBA Jam clone with the visages of assorted rappers thrown in for no reason. None of them played differently, and even though her sexuality has come into question a lot over the years, there is no reason that Queen Latifah should look exactly like Coolio ANYWHERE! I saw this "thing" on Ebay yesterday, and saw that someone called it a rare game. That's because nobody wanted it then, and they don't want it now.

Def Jam Vendetta - EA Sports BIG - PS2, Gamecube: When WCW went out of business in 2001, Electronic Arts was left with a partially completed wrestling game they couldn't sell. What does a good video game company do? They get their hands on a new license for the game, change character models, and publish one of the best wrestling games in a long time. Vendetta features a roster of at the time popular rappers from Def Jam Records, but again, the gameplay is ripped straight from Wrestlemania 2000, which is always a good thing.

Wu Tang: Shaolin Style - Activision - PSOne: EA wasn't the first publisher to do what they did with Def Jam Vendetta. Activision was set to publish the fighting game Thrill Kill, but when that game was cancelled by developer Paradox development, a plan had to be concocted. Enter: Wu Tang Clan, a Hip Hop collective who's main influences were vintage Kung Fu movies and Eastern culture in general. Each member of the group was given a specific look and fighting style, and the game was given a polish to reflect the new change in title characters. It wasn't a bad game, but for whatever reason it never really sold well.

Get On Da Mic - Eidos Interactive - PS2: Take all the hot music from a point in Rap's history, censor the hell out of them, and make it a karaoke game, and you have the premise for Get On Da Mic. Was it bad? When the developers of Def Jam Rapstar use your game as a "what not to do" tutorial, you've made a bad game.

50 Cent: Bulletproof - Sierra Entertainment - PS2, PSP, Xbox: This was bad. I know a 50 Cent diehard who didn't like this, and that guy liked 50's Curtis album. Bulletproof did have two things going for it: a good soundtrack and an okay story. Thankfully 50 redeemed himself with 50 Cent: Blood in the Sand. It was a great game.

These are just a sample of the huge mixed bag you get when fishing through games with rappers in lead roles. Some of them were good , some were bad, but most were amazingly blah. They offer nothing special, which can honestly be said for most popular rap music.

Posted by Justin LaGrande at 10:04 AM