Wonder Boy = Adventure Island...Or At Least That's How It Started 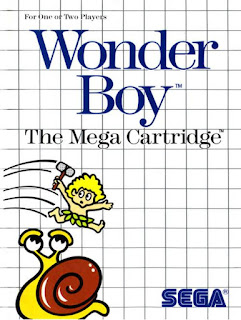 In the mid 80's Sega had a little game on the Master System called Wonder Boy. This game centered around the main character, Tom Tom' quest to rescue his girlfriend Tanya from Drancon. Now, This game wouldn't be at all important to video game history if it weren't for a very strange licensing agreement Sega had with original developer Westone. In the agreement, Sega retained the rights to the Wonder Boy name and the characters therein, but Westone kept the rights to pretty much everything else in the game. Meanwhile, Westone had a licensing agreement with Hudson Soft, which led to a knockoff of Wonder Boy being made. This knockoff was called Hudson's Adventure Island. After minor tweaks were made, Tom Tom was now known as Master Higgins in this new game while Tanya was know Princess Leilani. For whatever reason, Adventure Island wasn't the original of the two games, but it fared much better commercially than Wonder Boy did. This was probably dude to Adventure Island being available on the Nintendo Entertainment System, while Wonder Boy appeared on the Master System, which was in far fewer homes. Sequels to Wonder Boy were quite different from the original, 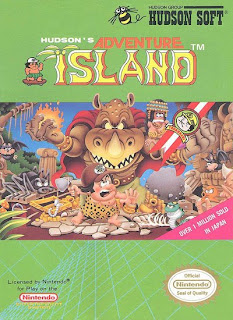 with some being essentially RPGs, completely steering away from the original hop and bop gameplay. Sequels to Adventure Island have pretty much stayed true to the original gameplay formula, and for the most part have been pretty successful. Sadly, the Wonder Boy series fizzled out after the early days of the Sega Genesis, while adventure Island continues to see sequels to this day. With the popularity of download services, the Wonder Boy/ Adventure Island series is sure to see even more sequels as technology gets better and the love of all things old school continues to thrive among gamers.

Posted by Justin LaGrande at 1:01 AM